The display in Hall B presents religious life and worship at Eleutherna from the Early Iron Age to Christian times.

The large bronze bowl in the first display case had been used to cover the mouth of an ash urn in Tomb A1/K1 (Tomb of the Warriors). This bowl is unique both for its size and elaborate decoration, which represents a ritual dance of women holding each other by the wrist, a motif also depicted on Achilles’s shield according to the Iliad (Book XVIII).
Artefacts (figurines, sculptures, reliefs, inscriptions, etc.) from the sanctuaries of the historical period  are displayed at the far end of the room, to the left. The first display case on the left showcases the finds from the impressive three-nave basilica at Katsivelos, whose founder Euphratas, Eleutherna’s first bishop, identified in the mosaic dedicatory inscription in the building’s narthex, participated in the Fourth Ecumenical Council at Chalcedon in AD 451.

Opposite these are the architectural members and sculptures from Funerary Monument 4A. This fairly large, almost square building in the Orthi Petra necropolis featured stone shield-bearing warriors on its roof, its ‘speaking symbols’ and a possible reference to the Kouretes, the mythical warriors who clashed their shields in front of the cave on Mount Ida (Psiloreitis) to prevent Cronus from hearing the cries of the newly born Zeus and devouring him. These warriors would have served as models of military virtue for Early Archaic Eleutherna’s youth. Since the building contained no human remains it is possible that it functioned as a heroon or cenotaph, one of the earliest monuments to the unknown warrior in world history.

The small display case opposite the entrance on the right houses the lower part of an Early Archaic kore. This sculpture, from the area west of Monument 4A’s euthynteria, recalls the famous ‘Lady of Auxerre’, now in
​the Louvre, which dates to c. 640 BC. In addition to stylistic similarities, macroscopic, microscopic, and above all, petrological analysis showed that the two sculptures and others from the same building were all made of limestone from the Eleutherna quarry (99.73% affinity). The comparison with other limestone statues from Crete (Prinias, Gortyn) proves beyond doubt the Lady of Auxerre’s provenance from Eleutherna. 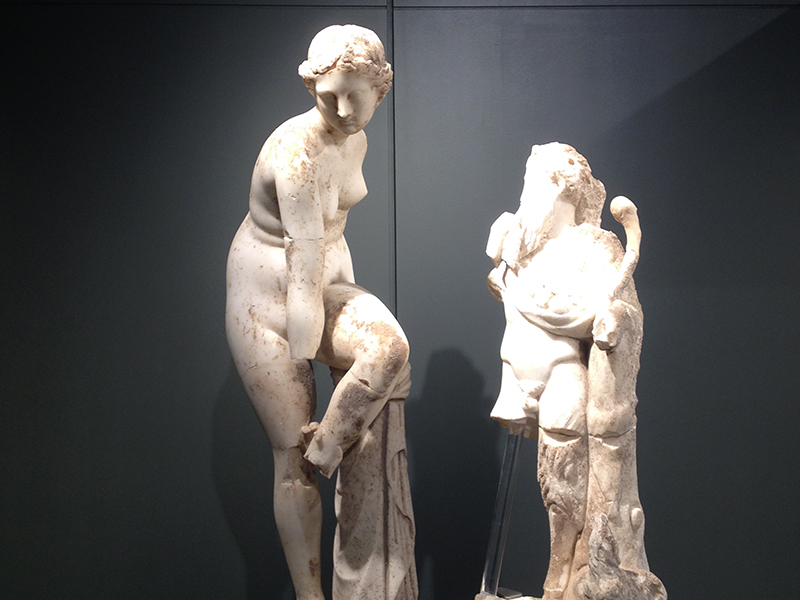 The screen next to this display case shows a fictional rendering of the famous statue’s adventure from the moment of its discovery to the identification of its provenance by Professor N. Chr. Stampolidis. The two statues, the Eleutherna Kore and the Lady of Auxerre, were reunited for the first time since the latter was removed from Crete, probably in the late nineteenth century, at the Museum of Cycladic Art in Athens in 2004-5 for the exhibition Eleutherna: Polis, Acropolis, Necropolis. 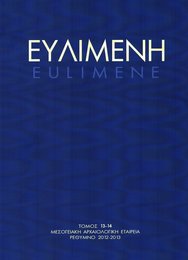